Share a memory
Obituary & Services
Tribute Wall
Read more about the life story of John and share your memory.

Visitation for John will be on Wednesday, January 18, 2023 from 4-7 p.m. at Gilman Lutheran Church in Spring Valley.  There is no visitation prior to the service.

Funeral service will be on Thursday, January 19 at 11 a.m. at Gilman Lutheran Church, Spring Valley.

Burial will be in Church Cemetery.

John Robey, age 60, of Elmwood, Wisconsin, died Saturday, January 14, 2023 as a result of a tragic farm accident at his home. John was born in Ellsworth, WI to Donald and Phyllis Robey, and graduated from Ellsworth High School in 1981.

Recently, Monica found a note John wrote when he was around 12 that said he wanted to be a farmer and a mechanic when he grew up. He ended up doing both successfully. John worked for Fullerton Lumber, Ray Dettling’s farm, Wayne and Pat Dodge’s farm, and Kelly’s Farm Service. John eventually took over Kelly’s Farm Service and established K&R Farm Service. For the last 17 years, John has been dairy farming in Rock Elm, where he won several awards for milk quality and production.

John and Monica married in May 1990, and together they built a successful business, home, and a beautiful family. John was incredibly proud of his children, Chris, Jenny and Laura, and grandchild, Rocklyn. He loved their intelligence, character, and worth ethic; and would be so moved by their leadership during this difficult time.

While John respected hard work, he also never really grew up. Friends and family could always count on bad dad jokes, pranks, and sometimes an off-color gag gift. He loved sweets, especially lemon meringue pie (with extra tart lemon curd). Before his favorite dog, Buzzy passed, the two could often be found riding together in the tractor and sharing a sweet treat.

John loved the outdoors and working in the fields, but he also loved exploring nature away from the farm. Over the last several years, John and Monica found great travel companions in Wayne and Pat Dodge. They have been to Niagara Falls, Duluth, and Montana together, and had another trip planned. They also have taken trips to visit Jenny and Laura in Montana, Colorado, and California. John particularly loved his recent snowmobiling trip with Chris, and the bike tour of the Hiawatha Trail in Idaho.

John is preceded in death by his parents, Donald and Phyllis Robey; and his brother, Mark Robey. The last two years were spent administering the estates of his mother and brother Mark. It was emotionally and physically draining but he was honored to be carrying out their wishes

He is survived by his wife, Monica; children, Chris, Jennifer, and Laura; granddaughter, Rocklyn; aunts, Beverly Prichard, Donna Gilbertson and Audrey Robey; uncle Butch (James) Prichard; honorary brothers Bob Huebel and Wayne Dodge; as well as many of nieces, nephews, and current and former farm help he saw as his own.

The family extends their sincerest gratitude to all the friends, neighbors, and family members who have come together to support us and keep the farm running during this difficult time. 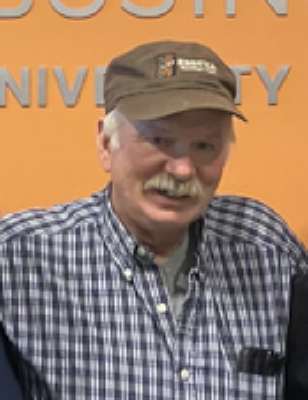