Share a memory
Obituary & Services
Tribute Wall
Read more about the life story of Marlys and share your memory.

Visitation for Marlys will be 10 a.m. until noon on Saturday, December 31st at St Mary’s Catholic Church in Hammond, WI. Following the visitation, a candlelight funeral service will begin at 12:15 pm.  A luncheon will follow at church.

Marlys Elaine (Johnson) Snyder, age 81 of Woodville, went to be with the Lord on Friday, December 23rd, 2022 while under the care of Adoray Hospice and Park View Nursing Home.

Marlys was born May 13, 1941, in Holcombe, WI to Marvin & Bessie (Tubbs) Johnson. She was in the last graduating class from Woodville High School in 1960. After graduating from high school, she and her brother Lloyd and a couple friends were adventurous and moved to Racine, WI to work at Johnson Wax. She always said she wouldn’t trade those years of independence and non-stop fun for anything– oh, the stories they told! Just before leaving for Racine, Marlys met a boy named Jerry at a dance at the Gray Goose in Hersey.  After six-months, Jerry proposed on Christmas Eve, and they had a long-distance courtship.

On July 11, 1964, Marlys and Jerry were married at St. Bridget’s Catholic Church in Wilson, WI. Marlys went to cosmetology school in Eau Claire and worked several years in the trade. The newlyweds raised their three children on a farm north of Woodville.

Marlys & Jerry enjoyed working on and remodeling their home, combing antique stores for good finds, working on crafts together, gardening, and spending time with family.

Proof of Marlys’ genuine kind heart was proven with lifelong friendships. She held those closest to her deep in her heart. Family meant everything to her.  GG (Great-Grandma) hosted Sunday Funday for all who could make it and usually made her famous Red Hotdish, a family favorite.

The family would like to extend a very special thank you to Park View Nursing Home and Adoray Hospice for the wonderful, loving care given to our sweet mom and the way you treated her family like your own. It will certainly never be forgotten. Xoxo

To send flowers to the family or plant a tree in memory of Marlys Snyder, please visit our floral store. 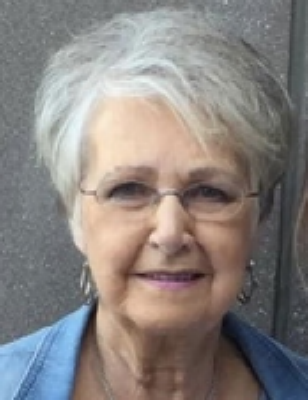