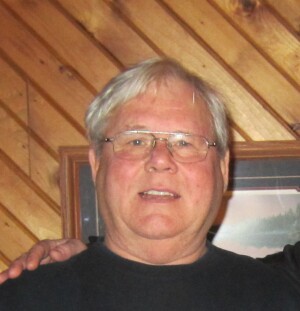 Visitation will be Sunday, January 9, 2022, from noon until 2 p.m. at Sacred Heart Catholic Church, Spring Valley.

Memorial service will be at 2 p.m. at Sacred Heart after the visitation. A luncheon will

Roger was born January 24, 1947, to Glen Howard and Lola Florence (Boyd) Madland of St. Paul, Minnesota. He grew up there and attended North St. Paul High School, graduating with the Class of 1965. He entered the U.S. Navy and served duty in Vietnam.

When he returned home, Roger continued his education at Winona State University where he earned a bachelor’s degree, majoring in business. On August 14, 1973, he married Mary Rose Beard of St. Paul Park. They were blessed with five children: Christopher, Erik, Anthony, Nicolas, and Kathleen.

Roger owned and operated several businesses and specialized in transportation logistics. He loved his children and hobby farm. He loved spending days at the cabin, taking his children and grandchildren fishing, going on vacations from the Boundary Waters to Disney World. Of his many hobbies, he found companionship in his time with the SV Stagehands and the bond of his friends in which he loved riding his motorcycle with.

To plant a beautiful memorial tree in memory of Roger Madland, please visit our Tree Store.

A Memorial Tree was planted for Roger

Join in honoring their life - plant a memorial tree