Share a memory
Obituary & Services
Tribute Wall
Read more about the life story of Tim and share your memory.

Visitation for Tim will be on Friday, January 20, 2023 from 4-8 p.m. at St. John’s Lutheran Church in Spring Valley and one hour prior to the service at church on Saturday

Funeral service will be on Saturday, January 21 at 11 a.m. at St. John’s Lutheran Church, Spring Valley.

Burial will be in the Church Cemetery.

Tim was born August 19, 1967 in Elkhorn, Wisconsin. His parents were Charles and Elaine (McArdle) Boardman. Tim had two brothers Richard and Robert.

He grew up in Elkhorn and attended school there. Tim graduated in 1986 and would later continue his education and become a Construction Journeyman.

In 1992 he started dating Tracey Whirry. They were married on April 13,1996 at St. John’s Church in Spring Valley, Wisconsin. Together Tim and Tracey would have 3 beautiful children, Jesse, Justine, and Tristan.

Tim was a hard working talented man. There wasn’t anything he couldn’t build or fix. He built houses, did landscaping, built custom cabinets, did HVAC, and was a welder Fabricator. Talent and skill lead him to jobs where he was always building or designing something, or he was working outside. He loved to fix up old houses, he and his wife spent countless hours together fixing up their home.

Tim did everything with his family. His family was everything to him. He taught them so many things and shared his love of hunting with them. He loved hunting with his children and his nieces (Nicky and Kaitlin). He looked forward to hunting season every year and would frequently tell hunting stories. He was quick to show pictures of his bucks and the kids' bucks to everyone. He was so proud of all 5 of the kids, and was looking forward to seeing his Grandsons become hunters.

Tim was so happy when he became a Grandpa. He was blessed with twin Grandsons, William and Oliver. He loved spending time with them and hated to be away from them. He video Chatted every single break at work with them. He was also very proud to be a great uncle to Jack. He said, “I can have a really bad day but walk through the door and see the boys, they just make you forget it all. They make you happy.”

Tim not only took on the responsibility of caring for the whole family, he also was like the big kid of the family, always playing with the kids. He was always up for an adventure and he and Tracey had a lot of them. He loved it when they got the chance to go riding on the Harley.

Tim will always be remembered for his generous heart and his love for his family.

Preceding Tim in death was his father Charles, his brother Rick Boardman.

To send flowers to the family or plant a tree in memory of Tim Boardman, please visit our floral store. 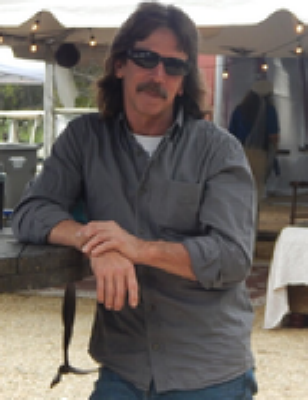