Share a memory
Obituary & Services
Tribute Wall
Read more about the life story of Verena 'Billie' and share your memory.

A Celebration of Life, memorial service, will be on Friday, January 6, 2023, at 11 a.m. at Zion Lutheran Church in Woodville.  Visitation will be from 10-11 a.m. at church prior to the service.

Burial will be at a later date in Baldwin Cemetery, Baldwin Wisconsin.

Billie was born December 8, 1930 to George and Emily (Scherber) Harves in Rogers, Minnesota.  She grew up on the family farm and attended Catholic School in Fletcher, Minnesota.

On August 6, 1960 she was united in marriage to Adain Hagenson in Mason City, Iowa.  They were blessed with 3 children: Diane, Allen, and Darcy. They made their home in Baldwin and enjoyed time spent at their cabin on Pike Lake in Amery. Sadly, Adain passed away on June 20, 1969.

Billie later met Rolland Lorentson and they were married August 12, 1972 at Gethsemane Lutheran Church in Baldwin. They farmed north of Woodville for many years. Billie loved all the animals on the farm and had names for all the cows and calves. She enjoyed tending to her two large gardens and canning and freezing the fruits and vegetables.

Billie worked hard all her life. She was employed at Munsingware in Minneapolis for several years and at Federal Cartridge.  She also worked at McMillan Electric in Woodville for over 20 years, assisted with Connie’s Catering and had been custodian at Zion Lutheran Church for a few years.  She resided at Park View Apartments and Park View Home for the past 11 years.

Billie was an avid bowler and loved a good puzzle. She was a proud member of the Woodville American Legion Auxiliary for over 50 years. She loved to sing and dance to polka music. Even though she was born and raised in Minnesota, she was a huge Packer fan.

The family would like to extend a special thank you to Park View Home and Adoray Hospice for the wonderful, loving care given to our mother.

To send flowers to the family or plant a tree in memory of Verena 'Billie' Lorentson, please visit our floral store. 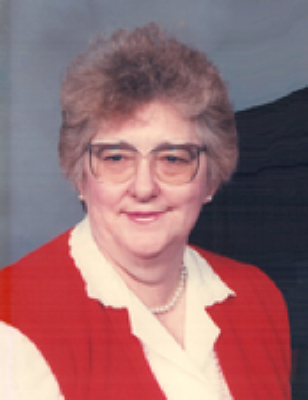